The last seven (7) minutes of this Piece includes its presenter (Phillip E. Walker) leading a LIVE Q&A session while credits, defendant names plus names of the 25 first to Officially Select film festival dates & cities scroll slowly on the screen.

Announcement From The Executive Director #GLCFF2020 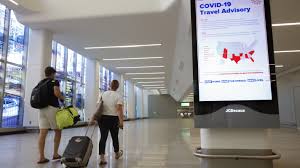 Please, if there are anyone planning to travel to New York State, READ THIS first. The travel advisory is effective at 12:01 am on Thursday, June 25, 2020. If you have traveled from within one of the designated states with significant community spread, you must quarantine when you enter New York for 14 days from […]

The Great Scott’s Director’s Round Table

The Great Scott’s Director’s Round Table #2 We are grateful for Scott Galbraith to include GLCFF Executive Director Shawn Patrick Greene in this Zoom chat with Directors Shawn Justice and Kyle Justice. Scott submitted his feature film The Reconciler for the #GLCFF2019. The Reconciler (2015) was Nominated for Best Experimental/Most Creative Narrative Feature, and Best […]

A Message from the Executive Director