August 1967. A time of war…a war being fought at home and abroad. A war that reached deep into the heart of America and chose a young man to serve at a time when honor and virtue were ridiculed by many.

His plans for the future forever altered, Bobby answered the call. He left behind everything he knew and loved. Except his character. Along the way, he learned first-hand the true meaning of loyalty, service, and sacrifice from an unlikely teacher. A military working dog named Duke. A dog Bobby learned would stand by his side no matter what.

One of over 4,000 dogs sent to Vietnam, Duke teaches Bobby what it means to trust another with their life—as well as to give it for another and without hesitation. On February 23, 1969, during one of the most intense battles of the Vietnam War, Bobby is faced with the ultimate test of character standing by his platoon commander as they face a certain defeat by a massive and overwhelming force. A defeat that will cost the lives of every man, and dog, on the base.

Inspired by true events, FORGOTTEN HEROES is a compelling and compassionate story of honor against all odds…and the legacy left behind by the enduring bonds of loyalty forged in the fires of war. 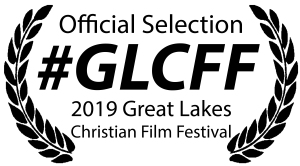