Pursued / Finding my Father / Angels to Spare Us [Student Shorts]

An unknown man pursues four cousins as they race for home across the dangerous frontier. Can Ralph lead the troublesome group? Will the cousins work together and make it home or will the tension between them forever split them apart? This new film comes from the makers of Letters and a Rose, official selection at both the 2014 Headwaters Film Festival and the Christian Worldview Film Festival.

Clara, an innocent girl of sixteen finds that the father she believed was dead left her when she was only two. Confused and bitter, she sets out to find him with the help of her guardian, Miss Mary, and her friend, Joshua. Will Clara be able to find her father after he’s been gone nearly fourteen years? Can she handle her emotions if she does?

Angels to Spare Us

On Christmas Eve in 1881, Matt Miles is sulking because he didn’t get the rifle he wanted for a present. He is summoned out into the cold by his Pa to go help a neighbor. Matt is shocked by the plight of the widow and her four young children. Will Matt’s attitude change so he can serve the widow before it is too late? Will Matt spread the hope of Christmas or ignore her problem? 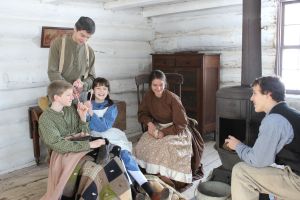 #GLCFF2021 Official Selections have been announced!

#GLCFF2021 Submissions are in and Official Selections have been announced! https://glcff.com/2021-official-selections/